GPRSIM predicts the waveform of microwaves that are reflected, transmitted, refracted AND attenuated across model ground structures. (The complete theoretical details of GPRSIM are published in Geophysics, Goodman D., vol 59-2, p224-232, 1994).

History: GPRSIM began development in 1989 and was first coded in Fortran. The software was converted to a dos environment with self contained graphics. The software was redeveloped in a Windows environment and version 2.0 was released
directly by the Geophysical Archaeometry Laboratory in 2001. GPRSIM v3.0 was released in early 2006 and has been under continuous development at user requests till 2018. 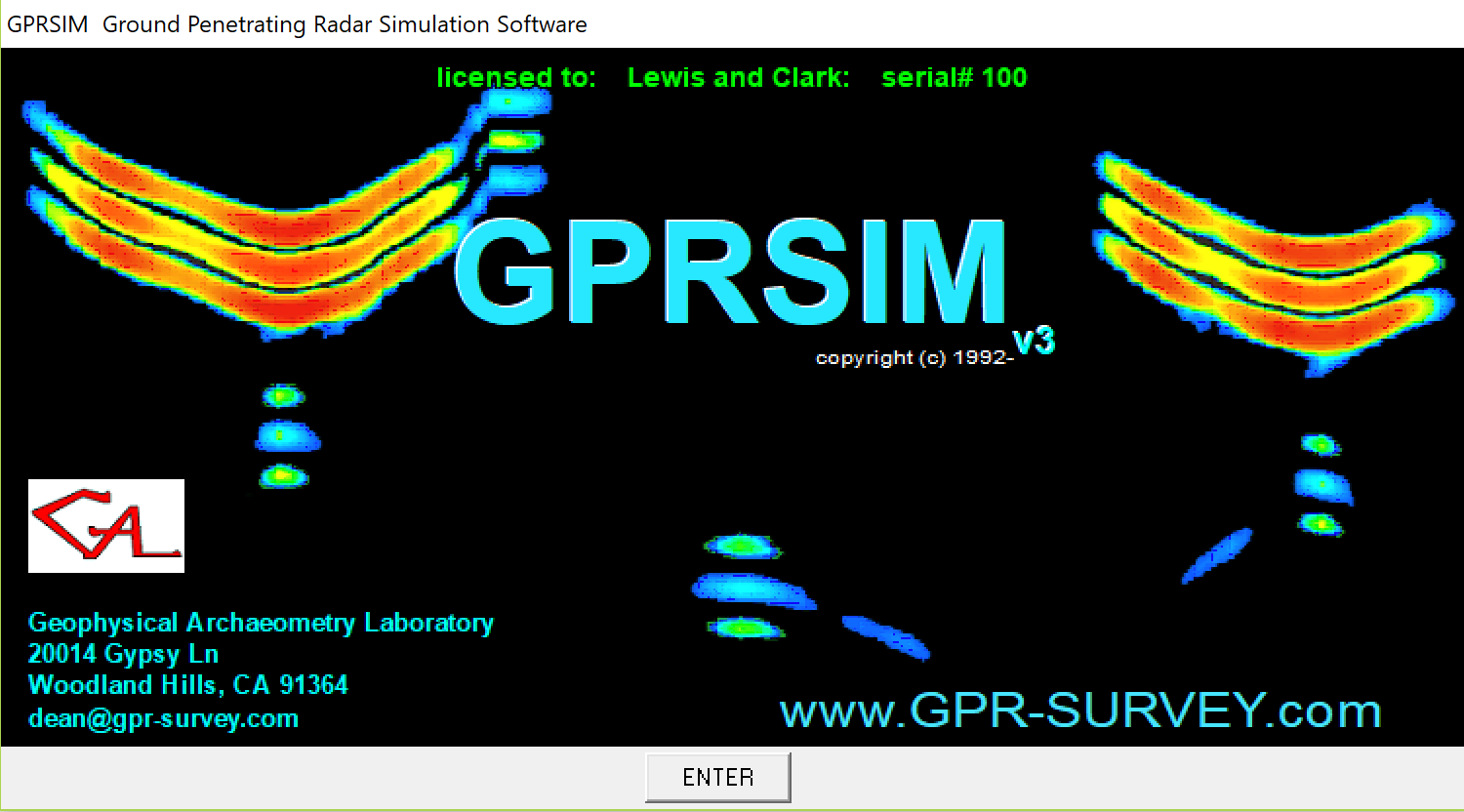